The World As It Could Be: How Far We’ve Come

The World As It Could Be: How Far We’ve Come

June 13, 2008: At the end of April, Ellen Sebastian Chang (Creative Director of Rex’s The World As It Could Be project) and I submitted the draft curriculum to use the creative arts to teach the Universal Declaration of Human Rights. This curriculum element is being considered for inclusion in the San Francisco Unified School District’s 2008-09 Pilot Ethnic Studies program.

Wow! When I began work on this project in 2006, my goal was to raise awareness about the Universal Declaration of Human Rights and to showcase the excellent work of the Rex grantees who utilize the creative arts in their work with youth who, due to their lower socioeconomic status, often face troubling and risk-raising issues. My theory was, “What better way to teach, than through the lessons we can we learn from young people, delivered through the medium of drama, dance and song?”

The first performance of The World As It Could Be – A Declaration of Human Rights was at the Presidio in San Francisco on December 7, 2006. The primarily adult audience was taken by the beauty and eloquence of the performance. During the interactive discussion following the performance, I learned that most of the audience had no idea there was a Universal Declaration of Human Rights, and that they appreciated the learning that had just taken place. The next morning, the performance was presented to the 1,000+ students of San Francisco’s Balboa High School. Just as the night before, the entire audience was fully engaged throughout the 40-minute performance; students cheered and called-out in appreciation for what their peers presented.

Besides feeling that this had been the most meaningful creative project I had undertaken, I knew that multiple dimensions of learning and teaching had taken place, and that this was something that should continue. Several of the sponsors, along with Sarah Crowell of Destiny Arts Center, who provided the core performance company, and Ellen Sebastian Chang, agreed. We decided not only to do a second dramatization that would build on the first, but also to explore how to bring more focus within the public school curriculum on the Universal Declaration of Human Rights, utilizing the creative arts as a key learning tool.

The Aha! about this came to me as I thought about what I witnessed when the performance company youth began working on the dramatization project. In addition to learning about the Declaration, the youth were given numerous thought-provoking questions to prompt writings, dance sequences and dramatic staging, to help express their ideas about what it means to have freedom of speech, freedom of religion, freedom from fear, and freedom from want. You could literally see the learning taking place as each performer mulled over the questions and shared their responses.

As I planned for the next steps in this project, it seemed that we had an opportunity not only to continue working with youth via the great grantee programs we support, but also to help reinstate the arts as a vital part of public school education. We started working on the second dramatization, The World As It Could Be – Where There’s A Will There’s A Way, to explore the “will” needed to manifest the words of the Declaration, this time including 826 Valencia and Youth Movement Records, as well as Destiny Arts Center. 826 Valencia worked with three freshman English classes at Raoul Wallenberg High School to create writings about human rights and the “will to change” for a Chap Book (a booklet of collected works). Youth Movement Records worked with several of their youth to create an anthem for the performance, and produce a CD of the anthem to be included with the Chap Book.

We arranged for two performances this time, once again at Balboa High School, on January 11, 2008, and at Oakland Technical High School, on April 14. Then, we worked with Balboa High School to develop a pilot curriculum focused on the Universal Declaration of Human Rights (already part of the official curriculum for 10th grade history). Ellen Sebastian Chang and Destiny Arts Center program directors are currently leading three classes to create writings about the Declaration. In the fall, auditions begin for students who will create their own production about the Universal Declaration and perform it at an assembly on December 10, 2008, the 60th anniversary of the signing of the Declaration (which took place in San Francisco!).

My original hope had been that this pilot project could then be considered by the San Francisco Unified School District for broader application. While all of this has been going on, our newly assigned faculty representative at Balboa High School approached us about including the project in the pilot Ethnic Studies curriculum being developed for 2008-09. Now, we’re excitedly moving ahead on parallel tracks to demonstrate the power of the arts to teach, to raise greater awareness about the Universal Declaration, and to shape the public school curriculum. 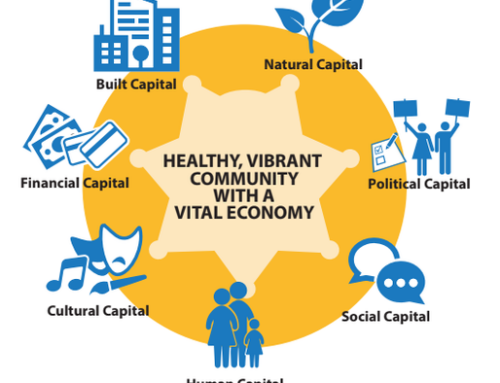 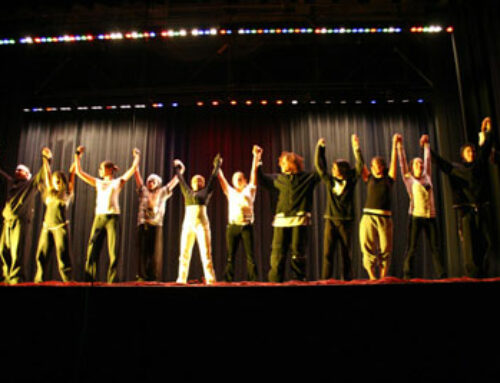