A Story of Arts Funding in Appalachia and the Legacy of Eleanor Roosevelt
By Sandy Sohcot, Executive Director, The Rex Foundation 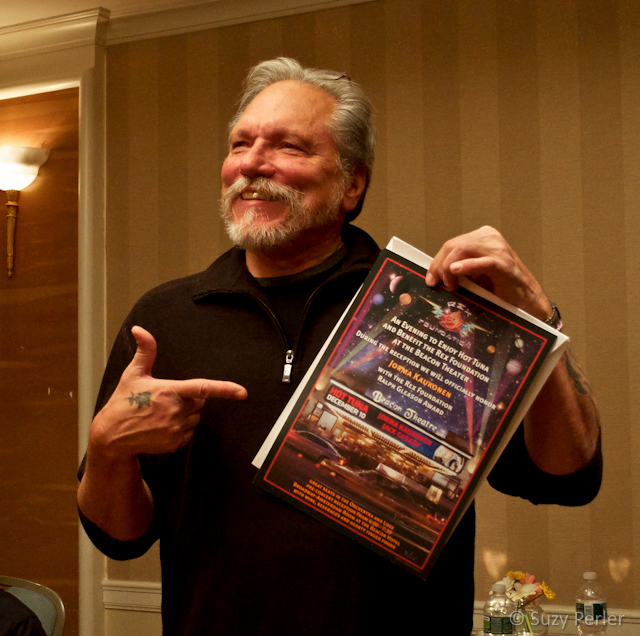 The Appalachian Mountain population suffers from abject poverty, and, among the results of this condition, youth do not have the opportunity to experience the arts, let alone the ability to fully express their talents.  On December 10, 2011, at a Rex Foundation fundraising event, musician Jorma Kaukonen and his wife Vanessa described how they used a Rex grant awarded to their Fur Peace Ranch to provide hundreds of youth in the neighboring Appalachian community access to music and culture through scholarships, classes and workshops at the Ranch.  The positive impact of the Kaukonens’ efforts is uplifting news in itself, and its timing prompts attention to a broader issue.

December 10th is International Human Rights Day, commemorating the adoption of the Universal Declaration of Human Rights (UDHR) by the UN General Assembly on that day in 1948.  Under the leadership of Eleanor Roosevelt, the UDHR was drafted to protect all people from oppression and discrimination.  Coming out of World War II, during which some of the most barbarous crimes against humanity in history were committed, the Universal Declaration marked the first time that the rights and freedoms of individuals were articulated in such detail. The UDHR also represented the first international recognition that human rights and fundamental freedoms are applicable to every person, everywhere.  This very concept made the adoption of the UDHR a landmark achievement in world history; the 30 Articles spell out a shared vision of a world where every person experiences justice and human dignity.  How does this connect with the youth in Appalachia and Fur Peace Ranch?  The first clause of Article 27 reads,  “Everyone has the right to freely participate in the cultural life of the community, to enjoy the arts and to share in scientific advancement and its benefits” — precisely what poverty has denied the children of Appalachia.

Knowing that “enjoying the arts” is a fundamental right of all people is vital to cultural and community health.  This knowledge, along with knowing the other rights spelled out by the UDHR, provides a framework for positive civic engagement and personal involvement in furthering these rights for all people.   However, the Rex Foundation has learned over the last six years of work on its program The World As It Could Be* that only 6% of the U.S. population knows about the UDHR, even though it is supposed to be taught as part of the U.S. and World History high school curriculum.  Yet, as we have seen with our Program work, when youth have the opportunity to not only learn about the UDHR, but also be leaders in teaching its importance to their peers and to adults, they demonstrate increased involvement in their studies, enhanced social interaction skills and greater commitment to be positively engaged in their school and community.  And, all youth and adults involved in the Program, upon knowing about the UDHR, become palpably excited about having an established framework for demonstrating and promoting positive, “human rights” thinking.

Eleanor Roosevelt, in speaking at the United Nations on March 27, 1958, said,

“Where after all do universal human rights begin? In small places, close to home – so close and so small that they cannot be seen on any map of the world. Yet they are the world of the individual person: The neighborhood he lives in; the school or college he attends; the factory, farm or office where he works. Such are the places where every man, woman, and child seeks equal justice, equal opportunity, equal dignity without discrimination. Unless these rights have meaning there, they have little meaning anywhere. Without concerted citizen action to uphold them close to home, we shall look in vain for progress in the larger world.”

As we mark the 63rd anniversary of the adoption of the UDHR, take a few moments to read the powerful words of the document to gain the knowledge of their existence and their continued relevance in today’s world.  Consider these words in relation to the issues raised by the work of the Kaukonens.  Reflect on their meaning for those demonstrating across the U.S. and other countries to promote economic and political justice.  Selfless, courageous individual and collective actions like these set a new, positive course, and bring hope that the manifestation of human rights is the way of the future.