Ten Years Later: Youth Look Back on Their Involvement With TWAICB

Ten Years Later: Youth Look Back on Their Involvement With TWAICB

TWAICB Director Sandy Sohcot writes: It’s been 10 years since we began the work that led to The World As It Could Be Human Rights Education Program (TWAICB). In September 2006,  the youth of the Destiny Arts Center Performance Troupe, in collaboration with poets of Youth Speaks, involvement of the San Francisco Mime Troupe Youth Theater Project, and the creative direction of Ellen Sebastian Chang, began learning about the Universal Declaration of Human Rights (UDHR) and developed the original production The World As It Could Be – A Declaration of Human Rights. This production was put on at the Presidio in San Francisco on December 7th, and then at Balboa High School on December 8th of that year.

Sarah Crowell, Artistic Director of Destiny Arts Center, graciously hosted the event, and Ellen Sebastian Chang joined in on the lively conversation we had with the alums.

Hearing the reflections of each of the wonderful young adults about their experience of learning about and creating the presentations on the Universal Declaration of Human Rights (UDHR), as well as being part of Destiny Arts Center provided encouraging information.  Most of all it was great to learn about what each person has been doing over these last 10 years, as well as their current endeavors. A particularly poignant connection we learned about is that Javier Santos is currently the Director of Culture Shock in Oakland, CA. Two of the dancers involved in Javier’s program are in the 2015-16 class of The World As It Could Be Is Within REACH Rite of Passage Program!

We are pleased to know that each of the alums wants to continue to stay involved in the work of Destiny Arts Center and TWAICB and look forward to their participation! 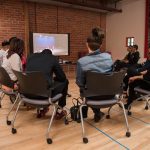 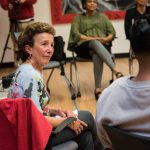 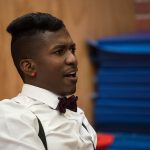 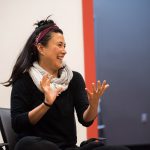 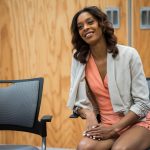 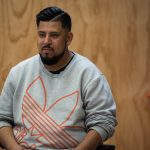 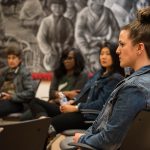 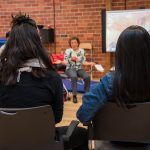 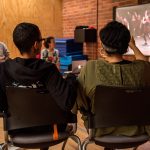