Human Dignity As the Heart of Human Rights

Human Dignity As the Heart of Human Rights 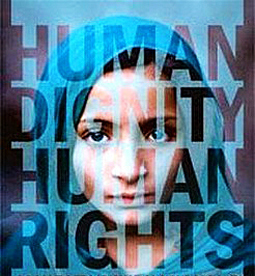 TWAICB Director Sandy Sohcot writes: A recent article in the New York Times described how Bhutan, a Buddhist kingdom, historically governed in semi-theocracy and by monarchs, is now opening its first law school as part of advancing its first generation as a democracy. Of particular interest to me was the description of how a law clinic based on the country’s concern for community vitality, which “might be called ‘Human Rights’ in the West has been adapted in the school’s curriculum as ‘Human Dignity.’”

Stephan Sonnenberg, a former Harvard lecturer helping design the law school’s curriculum, explained, “The problem with a rights label is that it often designates one person as a victim and the other as a perpetrator. In small communities, that can be really hard to undo. Using a dignity framework instead allows you oftentimes to accomplish the same ends, but it’s framed in terms of, ‘As a community we have an obligation to rehabilitate those whose dignity has been violated.’”

Inspired by the noble efforts going on in Bhutan to build a thriving, peaceful democracy, I’ve also gained greater appreciation for how we can see human dignity at the very heart of each Article of the UDHR.

The term “dignity” is in the first paragraph of the Universal Declaration of Human Rights (UDHR) Preamble. Its vital role in advancing human rights, as well as its connection to those rights, deserve deeper understanding. Merriam-Webster defines human dignity as “the quality of being worthy of honor or respect.”

As we continue to think about the relevance of the UDHR to addressing issues today, I believe it would be helpful to consider the impact of a particular behavior on one’s human dignity so as to better grasp and explain the essence of the human right affected. As Bhutan’s experience shows, examining the “human dignity” side of an issue can provide another dimension to a “rights” discussion that removes the sometimes challenging idea that someone is a victim, while another is an aggressor, and instead, opens the discussion to more understanding of how a person’s sense of self and value is being affected.

For example, school communities seeking to address the harm of bullying might refer to Article 3 of the UDHR – “Everyone has the right to life, liberty and security of person” – as a start to discussing how bullying impacts a student’s right to feel safe. As another way of examining this right, one could consider how bullying affects the human dignity of the people involved, so as to encourage greater empathy and accountability for one’s actions. A discussion could include such questions as: 1) When someone is being bullied, what feelings are they probably experiencing and why? 2) What kinds of feelings is the person doing the bullying possibly experiencing, and why? 3) How is the person doing the bullying harming his/her own dignity? 4) What could we explain to the person doing the bullying to help that person better understand the impact they are having on the other person’s sense of self-worth or dignity?

Another example where “dignity” can be an effective tool for grasping the concept of the relevant human right is connected with our current election. In particular, the much-hyped statement that people need to be “watched” at poll booths for possible voter fraud. At stake here is that every person should be able to exercise their right to “take part in the government of his country, directly or through freely chosen representatives,” as spelled out further in UDHR Article 21. To better understand why the warning to “watch” for possible voter fraud impacts that right, we could offer the following questions: 1) “How is a person’s human dignity affected if they experience suspicious stares at a voting station?” 2) “What harm can result from people being, or fearing being, viewed with suspicion by others?”

Human Dignity is directly connected to the reason each of the 30 UDHR Articles was developed, and why they matter today. Being able to include this term as part of explaining why a particular right is important or addressing a specific situation related to that right can help us connect across our differences with more compassion and understanding.