We need wilderness preserved—as much of it as is still left, and as many kinds—because it was the challenge against which our character as a people was formed. The reminder and the reassurance that it is still there is good for our spiritual health even if we never once in ten years set foot in it. It is good for us when we are young, because of the incomparable sanity it can bring briefly, as vacation and rest, into our insane lives. It is important to us when we are old simply because it is there–important, that is, simply as an idea.

–Wallace Stegner, from The Wilderness Letter 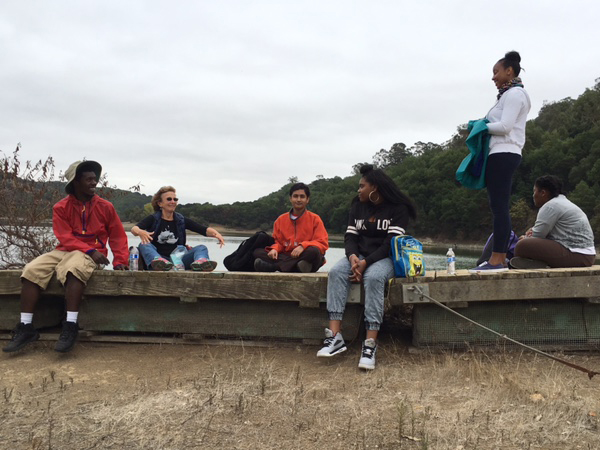 This month  at REACH, we’re examining why Recreation is so important to healthy people and a healthy community. 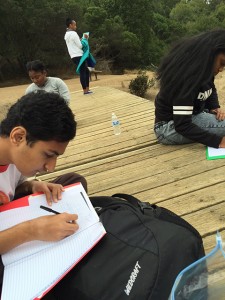 Writing about experiences in the outdoors

On Saturday, October 17th, three of the Rite of Passage class participants, along with  Quania Jones, Roy Terry, Tammy Wakerling, and TWAICB Director Sandy Sohcot, went on a hike at Lake Chabot.  We hiked about two miles to Alder Point, where we stopped to reflect and make journal entries about what we saw, heard and smelled during our hike. 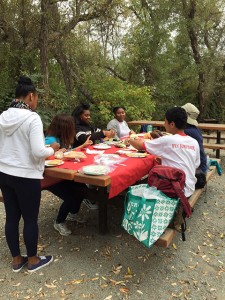 Picnic after the hike.

Then we returned to the marina area for lunch and a great discussion about wilderness.  Sandy read an excerpt from Wallace Stegner’s Wilderness Letter, to stir conversation about why preserving and enjoying wilderness is so important.

Roy Terry, one of the original members of the team of youth responsible for the building of the REACH Ashland Youth Center, helped explain how places like Lake Chabot are considered Front Wilderness areas, closer to urban communities, yet still defined as wilderness.  Roy also told us about how became passionate about the outdoors after his first REACH trip in 2012. 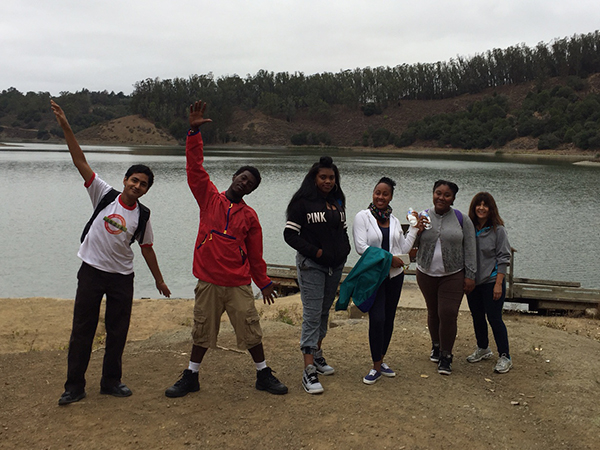