Earlier this year we presented information on The Columbus Crossing Borders Project. Columbus Crossing Borders is a nonprofit consisting of 34 painters and a film crew using art to inspire critical thinking, compassion and support for the millions of refugees in our world.  Created in response to anti-immigration sentiments and racism, this project tours as an art exhibit and a documentary film, titled “Breathe Free”.

The C-JAM initiative was created to raise awareness and compassion for the many immigrants who have arrived in the Ohio area over the last few years, so as to build positive connections and greater understanding of what many immigrants experience.

C-JAM (Communities Joining for Art and Murals) is an extension of The Columbus Crossing Borders Project with the intention of joining central Ohio students with immigrant youth to create murals for our communities. These murals are bright and fun, reflecting themes of unity and humanity. It is our mission that this activity serves as a gracious way to bring cultures together while welcoming new residents.

Laurie VanBalen, the founder and director of Columbus Crossing Borders and C-JAM, has taken great interest in learning more about the Universal Declaration of Human Rights (UDHR), and including information about how the UDHR and human rights principles connect with understanding more about the issues immigrants face in not only leaving their homes, but also resettling in new environments.

In mid-June, Laurie spoke with Sandy Sohcot about the upcoming installation of a public mural project and noted the following about the UDHR: 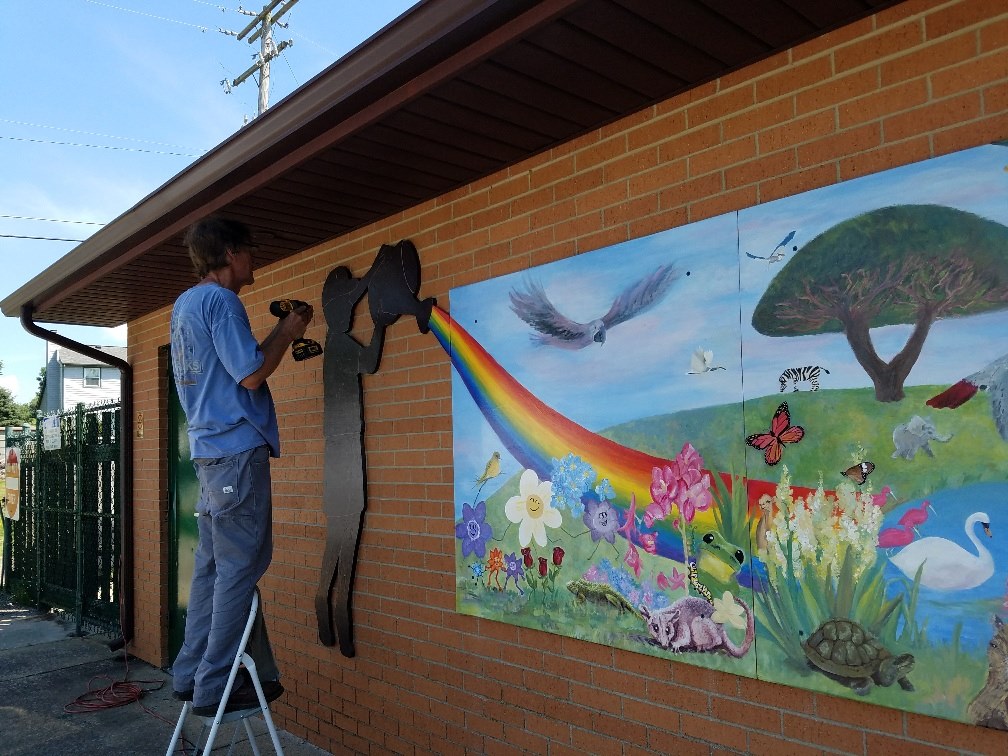 On July 4th, the Columbus Crossing Border Project installed their C-JAM Mural at the Pataskala Municipal Park and Swimming Pool.  Here is a link to the write-up of the Mural project along with photographs of the installation.

We are inspired by this mural, both for its beauty and demonstration of how the arts can bring together people with many different life and cultural experiences to reflect the spirit of their common humanity.